All Products Expedition This is the Sea 5 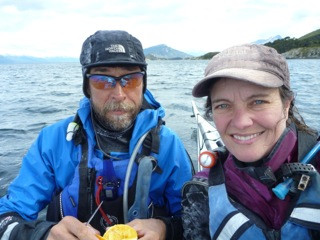 A British couple battle shipping delays, tendonitis, a stolen kayak and incessant winds in their bid to be the first people to sea kayak 1000 miles round the remote Patagonia island of Tierra del Fuego. With a backdrop of glaciers carving into the sea, whales, sealions & virtually ininhabited wilderness - this film is both exciting & warming.

Spread the word about it and earn 10.00% of the purchase price on sales you refer.